June 6th marked 7 years of darkside riding for me..... and that on a scooter!

I started off with a car tire on my Honda Reflex 250.
I was the first to do that on that scooter. Since then, I have come to know of at least 32 others that have used a car tire on their Honda Reflex
scooter and its odd looking brother, the Honda Big Ruckus. (also 250cc. pretty much same engine & drive line; mostly different covers & trim)
There were that many that did it because the naysayers couldn't keep me down. I'd just calmly (mostly) and confidently tell them where and
how  I thought they were wrong about many things. Others took my views to heart and went darkside.
(BTW, I have a darkside Honda SilverwingFSC600A scooter too)

I have since become a little more sage and practical about it than with my earlier zeal and enthusiasm. Oh yes, I still defend the practice with
earnest, but now I don't push it as much as I used to at first and instead now just encourage them to consider both sides of the issue and decide
for themselves. This, after having explained much of what I know about it not being proven unsafe. Which BTW, is not quite the same as saying
that it IS safe; a subtle but important difference since I can't prove with absolute certainty that it is safe. BUT! I can say with confidence that it
has NOT been proven to be unsafe. (I still infer safety from time to time though.)

In conversations (that's a polite way of saying it) about using a car tire on bikes on other forums, I find boneheads coming in and making the
same ridiculous arguments against darksiding. So I saddle up, lock & load and go through yet another round of heated darkside education. I'm
actually becoming weary of having to go through the process of explanations. So I gathered up posts and messages I had made on several forums,
responses to other messages and articles (both pro & con), links to other things like whole threads on forums that sometimes get up to 16 pages
or more long,  expressed my views, logic & experiences and pointed out common misconceptions, etc, etc, etc. and put it all together into one
epic (for me) piece of darkside wisdom.

The other side of the debate is given some voice, but (naturally) it mostly promotes the pro-darkside view. I posted a first draft on a scooter site
I frequent and split it into 2 separate entries because the whole thing ended up about 20 pages long. It was intended for us maxi-scooter guys
(250cc and larger) and so it has several references relating to scooters, but the principles certainly can apply to motorcycles as well... and I say
as much in the very first paragraph. Now instead up putting up with another long winded debate, I'll just point them to that piece and be done
and let it do the speaking for me.... Smart I think because the debates almost always took more of my time that could have been better spent.

It covers most of the points of darksiding that I know about, and I don't know everything there is to know about it, but I think it covers quite a lot.
It might have some small errors and possibly a factual error or two, but not knowingly. I'm human after all and can make little (or big) mistakes
like anybody else.
I've called it: "THE DARKSIDE" (according to bandito2)

If I do a little bit more to it then post the whole thing here, I've got a feeling it might end up being made into a sticky. (or maybe not

)
I would certainly be open to suggestions of making revisions to fine tune it since I would want it to be correct and complete as it could be.

I'm sorry, but using a car tire will never work on a motorcycle. Cars have doors and motorcycles don't, end of story.

rrounds wrote:I'm sorry, but using a car tire will never work on a motorcycle. Cars have doors and motorcycles don't, end of story.

guess i better put doors on my bike now,do i need seat belts too? 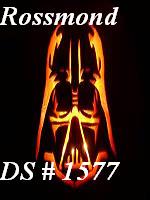 Also my 7th year! All on the ole C10 Kaw Concours including pulling camp trailer.
The CT haters on the Concours forum are still there too! LOL!